The Role of Ocean Circulation in Atlantic Decadal Variability

This month we look at work by Martha Buckley, David Ferreira, Jean-Michel Campin, Ross Tulloch and John Marshall, who have been using MITgcm to explore what role ocean circulation may play in Atlantic decadal variability. On inter-annual time scales, SST (sea surface temperature) variability is forced by air-sea heat flux variability resulting from atmospheric variability (eg the SST tripole associated with NAO, the North Atlantic Oscillation). On longer, decadal timescales, however, SST variability is far less well understood although there is evidence that the ocean circulation plays a role. Asking the question: What is the role of the ocean circulation in Atlantic decadal SST variability, Buckley and co-workers use MITgcm to analyse the behavior of thermal anomalies within the framework of an idealised GCM. 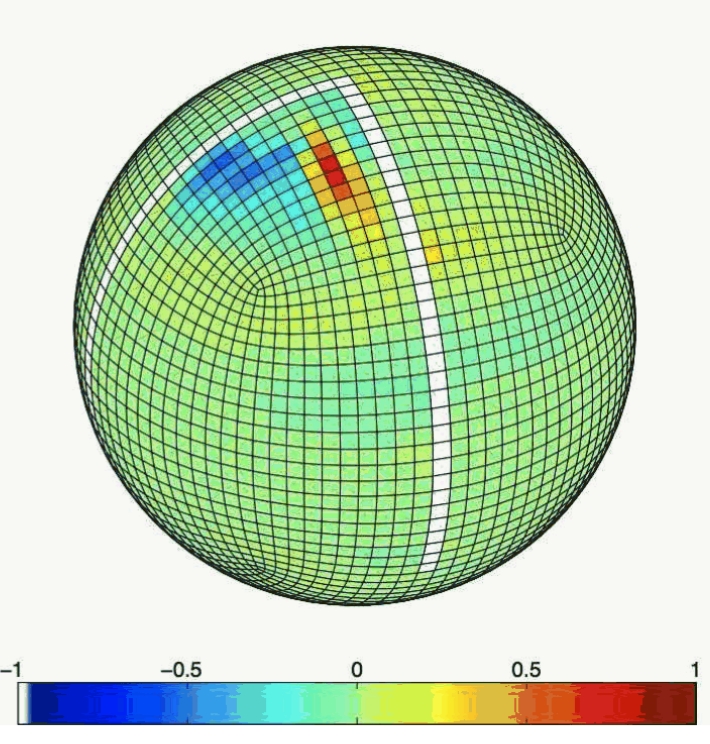 The team prescribe present day orbital forcing and CO2 levels. The seasonal cycle is represented, but there is no diurnal cycle. Fluxes of momentum, heat, and freshwater are exchanged every hour (the ocean model time step). The model is spun-up  from a state of rest with temperature and salinity distributions taken from a zonal-average ocean climatology. 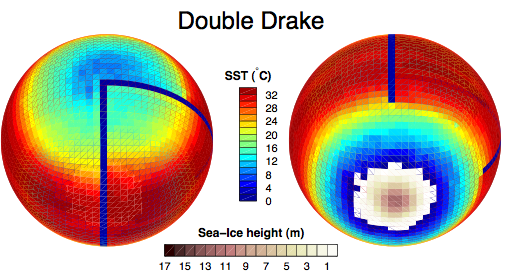 Figure 2: With the northern pole in view to the left, the southern pole to the right, sea surface temperature, and sea-ice height from a Double Drake experiment – image credit D. Ferreira

The mean state of the ocean after spin-up, while a simplification, shares a number of key Earth-like characteristics (Ferreira et al, 2010): 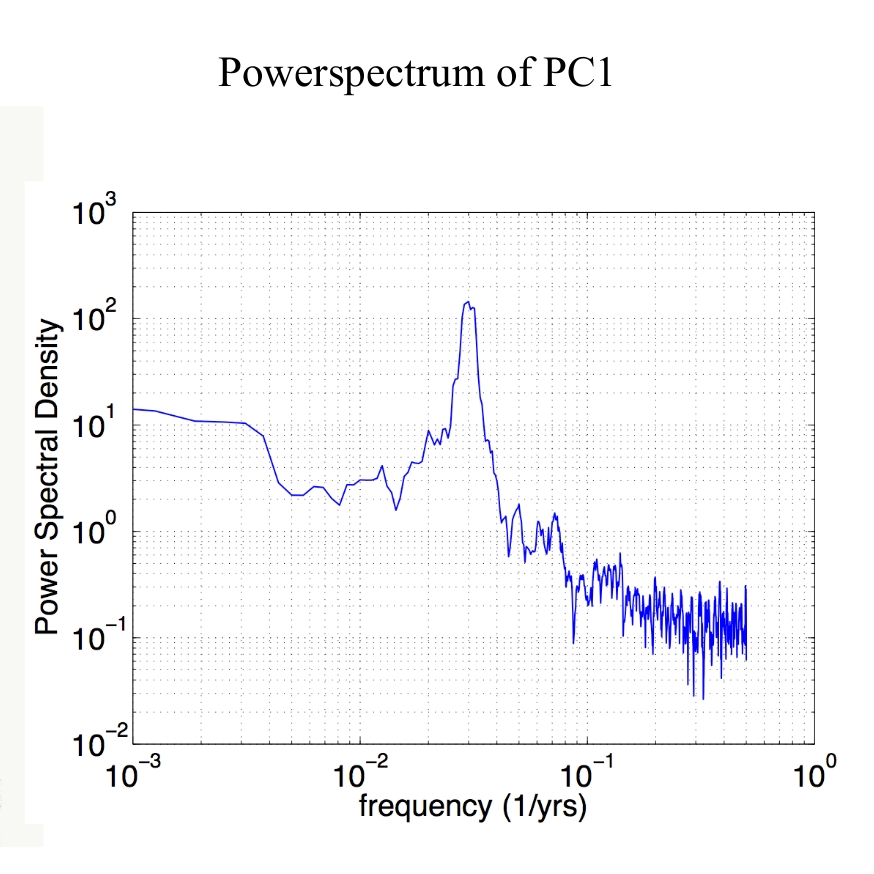 Working with annual average data from an 800 year run (after equilibrium had been reached), figure 1 shows the first EOF of temperature at a depth of 540m in the northern hemisphere Small basin (NHSB). The leading mode of SST variability is observed to be an east-west dipole centered at 60oN. Analysis of the power spectrum time series shows a clear peak at a period of around 33 years (Figure 3).

The SST anomalies are observed to be associated with deep thermal anomalies that are created by anomalous advection of heat by ocean currents.

Buckley says, “Ocean only experiments demonstrate that the decadal mode of MOC and temperature variability observed in the coupled model is a self-sustained ocean-only mode. No stochastic atmospheric forcing is required to excite the mode, and the variability on decadal timescsales is well reproduced by running an ocean-only model with climatological forcing of heat, momentum, and freshwater as well as realistic damping of SST anomalies”. Buckley and team believe the  anomalies are able to overcome dissipation by extracting available potential energy from the mean state via baroclinic instability and are working hard to articulate  a generalised theory.

Right now Buckley is testing if the mode of variability is robust to changes in bathymetry. Long term, to test the generality of the team’s idea that thermal Rossby waves excite MOC variability, Buckley plans to analyse a 2000 year run of the GFDL coupled model as well as a (15 year) ECCO run (in which MITgcm is used in a global run constrained by data)  for evidence of similar AMOC decadal variability. While Buckley expects some of the features of decadal variability she is finding in her Double Drake model to be artifacts of the configuration’s highly idealised geometry, she is confident the basic process will be identifiable in the  more complex GCMs.  To find our more about this work contact Martha… 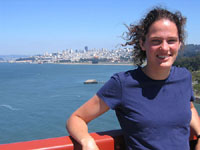 Martha has been using MITgcm since 2006. She is currently in her 5th year as a graduate student working with John Marshall. In her spare time she enjoys competitive cycling – click on her picture to see her in action…