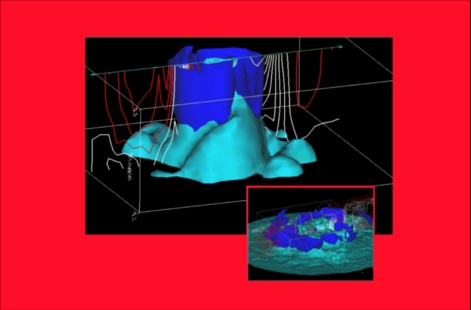 How would you explain the large scale pattern of weather fronts to a general audience? Roman Kowch, an undergraduate major in EAPS, has been exploring one way; as part of a UROP project with Lodovica Illari, Chris Hill and Constantinos Evangelinos. The project involves developing 3-D visualizations of observations, laboratory experiments and MITgcm numerical simulations that all illustrate the same phenomena — large scale waves that form at the interface between a warm “equatorial” region and a cold “polar” region in a rotating fluid system. The goals are to provide (1) visual illustrations of how the balance between rotation effects and a heating-cooling gradient leads to propagating fronts and (2) connect observations from the Earth’s atmosphere to laboratory and numerical experiments that students can carry out. In this month’s news feature we showcase some of Roman’s work.

At the heart of this project is the Integrated Data Viewer (IDV), software from Unidata, a division of UCAR (the University Corporation for Atmospheric Research). Unidata provides a broad array of data and software tools for use in geoscience education and research with the goal of enhancing educational opportunity and broadening participation. Here Roman uses the IDV to create a 3-D visualization based on observations of the Polar Front in the atmosphere and a parallel 3-D visualization of a collapsing dense fluid cylinder in a rotating lab tank simulated using MITgcm.

Below is a movie of the Polar Front using atmospheric data rendered with IDV, showing the dome of cold air over the pole in cyan and the associated upper level jet.

Polar Front (observations): this is a 3-D display of temperature and wind from the Global Forecast System (GFS) model in May 2010 – NOAA’s National Centers for Environmental Prediction (NCEP). The data is restricted to the Northern Hemisphere (note the continents outlined at the bottom). The light blue isosurface is for potential temperature at 315 K, and slopes upward near the North Pole, showing the dome of cold air over the Pole. The vertical cross section spans the 0˚ and 180˚ longitude lines, and displays U-wind contours. Negative values (in red) depict wind flowing “out of” the section while positive values (in white) show wind flowing “into” the section. The jet stream is easily visible with the dark blue isosurface, outlining a 40m/s windspeed – animation: Roman Kowch.

Here is a simulation of an analogous system using the MITgcm, rendered with the IDV. In this case MITgcm was used in a laboratory-scale set-up similar to that reported in Planet-in-a-Bottle.  In this unforced initial value problem, however, the temperature field is initialized with a circular column a few degrees colder than the surrounding fluid. Initially at rest, the fluid column slumps and becomes baroclinically unstable.

Polar Front (MITgcm simulation): This is a 3-d visualization of a collapsing dense fluid cylinder in a rotating lab tank. The Coriolis parameter f is set at 2 s-1 and gravity is set at 10 m/s^2. The denser fluid is depicted as an isosurface of potential temperature colored in light blue and fixed at -5˚C. This feature is analogous to the cold air located near the Earth’s poles. A cross section of U-wind (west-east wind) is also visible. White contours are positive U and red contours are negative U. The contour interval is at 0.5 cm/s, with highest values near 5 cm/s. The temperature gradient in this environment results in upper-level wind shear, giving rise to a high wind speed outlined in a dark blue isosurface with value 2.5 cm/s. This strong upper level flow is similar to the jet stream phenomenon of the Earth’s atmosphere – animation: Roman Kowch.

Plans are in the work to use the same tool to create a 3-D visualization from data collected during a laboratory experiment.

Roman reports, “The use of IDV graphics for both observations and models highlights the similarities between the simulation and the real world.  In the simulation, cold air over the pole slumps equator-ward under the effect of gravity and rotation and adjusts into a dome shape. The warm air sliding on top of the cold air moves towards the Pole, acquires angular momentum and spins up in the same sense as earth rotation.  The resulting winds increase with height with a marked upper level jet, blowing from west to east. This is very reminiscent of the observed Polar front and associated strong upper level westerlies, as the IDV graphics reveal.

IDV is a Java based graphics package but I am currently exploring the possibility of running IDV in “background mode”, more compatible with the Cloud computing infrastructure. This has not been done before and requires some interesting programming with Jython (a mix of Java objects/methods with Python structure). Writing these scripts is challenging, but I enjoy the anticipated benefits from my work. After testing the scripts, the IDV graphics will be ported to a user-friendly web interface allowing users to make their own images and experience IDV’s graphics. A cloud computing environment will be implemented to handle the data processing with ease and speed. Once this occurs, IDV will become a free online tool that faculty and students can use to explore and understand weather and climate phenomena.”

Roman says: “Writing these scripts is challenging, but I enjoy the anticipated benefits from my work. Future classes in meteorology, including those at institutions other than MIT, should find that IDV is a powerful tool in visualizing the atmosphere and understanding the connections between models and observations.”

Once ready, the scripts Roman is working on will be ported to a user-friendly web interface allowing users around the globe to make their own images and experience IDV’s graphic capabilities. A cloud-computing environment will be implemented to handle the data processing with ease and speed after which it is envisaged that IDV will become a free online tool that faculty and students can use to explore and understand weather and climate phenomena.

To find out more about this project contact Lodovica illari or Chris Hill.

Lodovica Illari and J. Marshall, Weather in a Tank – The Front Experiment . 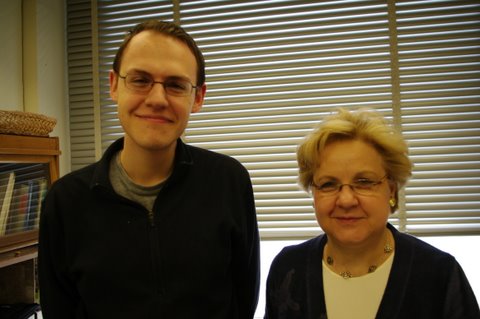 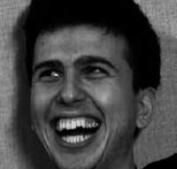 Chris has been working on the MITgcm since early 1992. This month's extra-MITgcm project: Making Maple Syrup.