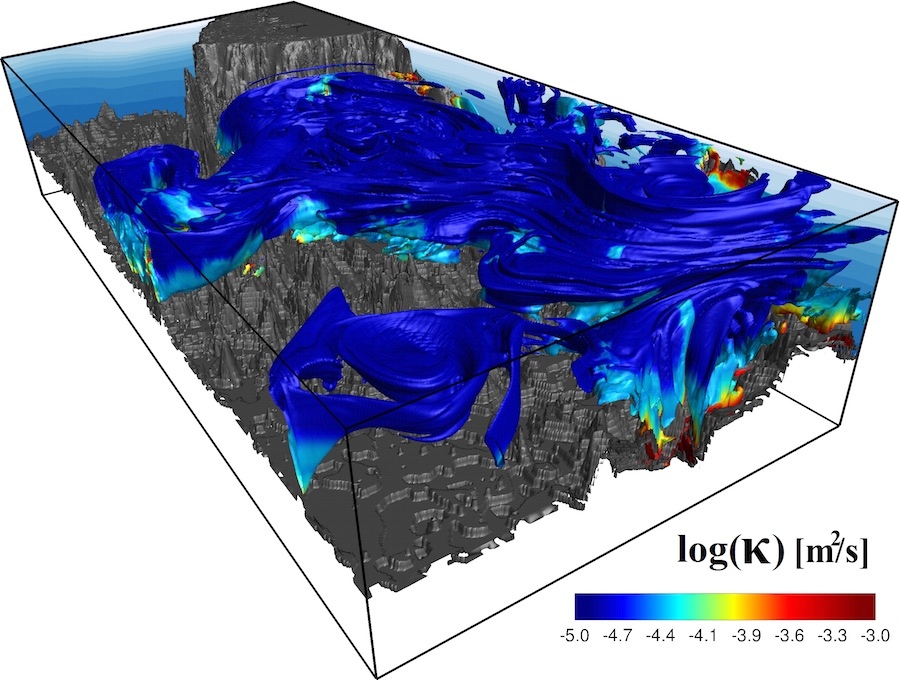 This month we report on work by Ali Mashayek and Raf Ferrari of MIT who have been using MITgcm to help them understand what sets the density structure and rate of overturning in the ocean.

It is commonly believed that turbulence induced by wave breaking in the ocean interior is responsible for upwelling of abyssal waters which form and sink to depth at high latitudes (in the Labrador sea to the north and Weddell and Ross seas to the south). New work presented at Ocean Sciences in February 2016 shows that this picture could be upside down: internal wave breaking actually leading to downwelling of waters in the ocean interior accompanied by strong upwelling in thin (order of 10s of meters thick) boundary layers in the deep ocean around continental margins and mid-ocean ridges. Such a finding has important implications for the closure of the ocean meridional overturning circulation, a key regulator of the global heat and carbon budgets. More specifically it impacts the timescale over which waters sink into the deep ocean and when and where that water resurfaces with important implications for the rate tracers such as heat and carbon can be re-distributed around the globe and hence climate.

To verify that mixing in a topographically rough region of the ocean is bottom enhanced (to the extent that its influence extends all the way up to mid-depths and thereby drives the Southern Ocean branch of the global ocean meridional overturning circulation) Mashayek and Ferrari set up a realistic, very high resolution configuration of MITgcm for the Drake Passage region in the Southern Ocean and integrated data from the DIMES field program. 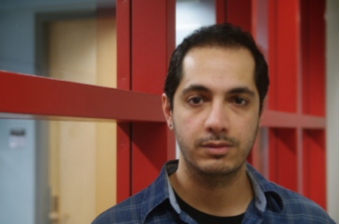 Ali Mashayek is a postdoc working with Raf Ferrari at MIT. He has been using MITgcm since 2013. When not hard at work trying to figure out how the ocean works he enjoys cooking and reading.

The movie shows time evolution of a simulated anthropogenic tracer release into a domain modeled on the Drake Passage. In the field, sampling of the tracer was done along cruises leading to very sparse sampling over time and space (once or twice a year over isolated transects in a region covering ~10,000km). In the simulation from which the movie is made, a numerical tracer initiated with observed concentrations of the real tracer was injected downstream of the channel and its match with observed concentrations sampled at the end of the computational domain verified giving confidence that the model was closely reproducing conditions in the field. The full 3D model solution was then used to quantify mixing in the Drake Passage, a climatically key region due to its role in ocean/atmosphere exchange of tracers and inter-basin and vertical exchange of water masses in the deep ocean.

To find out more about this work contact Ali.