This month we spotlight work led by long time MITgcm associate Alberto C. Naveira Garabato. Using MITgcm, Garabato and his team constructed a suite of idealized modelling experiments to demonstrate that initial ascent of the meltwater outflow from an ice shelf cavity triggers a centrifugal overturning instability that grows by extracting kinetic energy from the lateral shear of the background oceanic flow, promoting vigorous lateral export, rapid dilution by turbulent mixing, and finally settling of meltwater at depth.

The instability and accelerated melting of the Antarctic Ice Sheet are critical to understanding contemporary global climate change with increased freshwater output from Antarctica an important factor in determining sea level rise, the fate of Antarctic sea ice, and its effect on the Earth’s albedo, ongoing changes in global deep-ocean ventilation, and the evolution of Southern Ocean ecosystems and carbon cycling.

A key uncertainty in assessing and predicting the impacts of Antarctic Ice Sheet melting concerns the vertical distribution of the exported meltwater. This is usually represented in climate-scale models as a near-surface freshwater input to the ocean, yet measurements around Antarctica reveal the meltwater to be concentrated at deeper levels.

Using observations of the turbulent properties of the meltwater outflows from beneath a rapidly melting Antarctic ice shelf, Garabato et al identify the mechanism responsible for the depth of the meltwater. Using an idealized ocean circulation model to show that this mechanism is relevant to a broad spectrum of Antarctic ice shelves, their findings demonstrate that the mechanism producing meltwater at depth is a dynamically robust feature of Antarctic melting that should be incorporated into climate-scale models.

Their work Vigorous lateral export of the meltwater outflow from beneath an Antarctic ice shelf appears in the February 9 issue of Nature.

To find out more about this work contact Alberto. 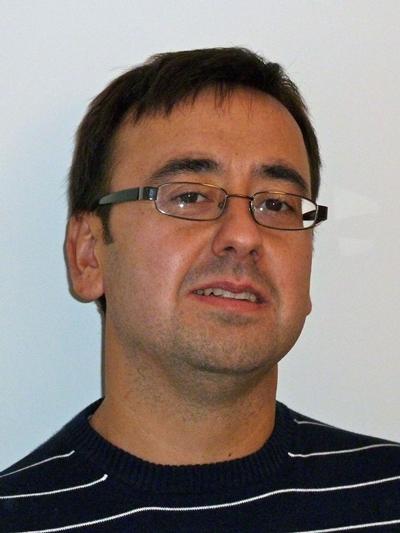 Professor Alberto Naveira Garabato is the Chair in Physical Oceanography at the School of Ocean and Earth Science, at the UK National Oceanography Centre Southampton at the University of Southampton with broad interest in ocean mixing and energetics, and ocean circulation dynamics. His current research focusses on understanding how the circulation of the Southern Ocean operates, and how it influences Antarctic and global climate. Naviera Garabato has led several international experiments (such as the Diapycnal and Isopycnal Mixing Experiment in the Southern Ocean [DIMES] and the Antarctic Deep Water Rates of Export [ANDREX] project) addressing important aspects of this overarching problem, in close partnership with British Antarctic Survey [BAS] scientists. Currently, he is working with BAS on unravelling how winds over the Weddell Sea control the temperature of the deepest waters of the Atlantic Ocean through the NERC-funded Dynamics of the Orkney Passage Outflow (DynOPO) project, and on determining the dynamics of meltwater plumes exiting rapidly melting Antarctic ice shelves as part of the ISTAR programme.

Prof. Naviero Garabato confesses that he is primarily a modeller ‘by proxy’. “I work mostly with observations, but find it very useful to collaborate with modellers through idealized studies. Liam Brannigan (formerly at Oxford, now at Stockholm University) was my modelling collaborator in this work. I have been using MITgcm in this way for about a decade.”

Quran Wu, Xuebin Zhang, John A. Church, Jianyu Hu (2017), Variability and change of sea level and its components in the Indo-Pacific region during the altimetry era, Journal of Geophysical Research – Oceans, doi: 10.1002/2016JC012345