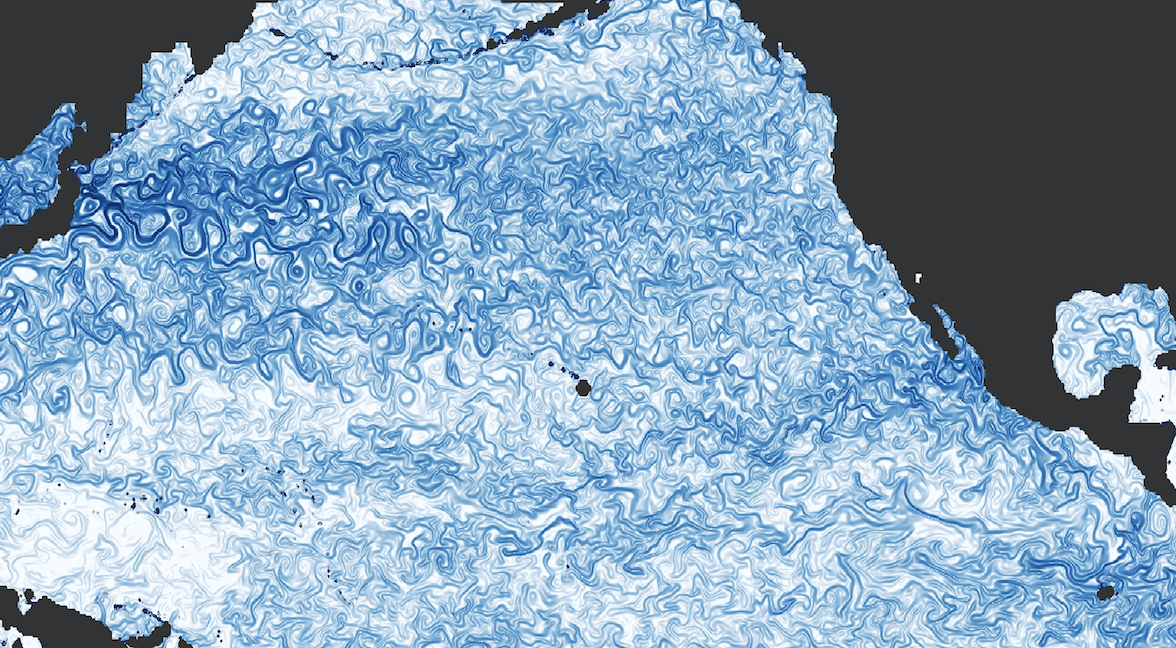 story by Helen Hill for MITGCM

This month we spotlight work by researchers Julius Busecke and Ryan Abernathey who have been using MITgcm in a study geared towards developing a time-resolved global dataset of surface lateral mesoscale eddy diffusivities.

Mesoscale turbulence (on scales of between 50 and 200 km) is a ubiquitous feature of ocean dynamics and with a significant impact on the meridional overturning circulation, and water mass formation, as well as the transport of tracers, recurring climate features like the El Niño–Southern Oscillation (ENSO) variance and ecosystem dynamics. Julius Busecke is currently a postdoc working in Laure Resplandy’s group at Princeton. He has been using MITgcm since ~2015. He says, “I especially appreciated the extensive documentation since this was my first time working with a numerical model.” When not hard at work on oceanography, Julius enjoys taking pictures, rock climbing and exploring “his home/favorite place in the world” New York.

Diffusion coefficients quantify the rate at which mixing processes transport tracers and are used in coarse-resolution climate models to represent unresolved transport processes. The flanks of western boundary currents exhibit diffusivities up to 10,000 m2s−1, while values on the order of 100 m2s−1 are found in the subtropical gyres. Previous work on mesoscale mixing has focused on estimating the long-term mean diffusivity and its spatial variability.

The use of such spatially variable diffusivities, rather than constant values, in global climate models or inverse methods strongly affects the estimated ocean uptake of carbon and rates of water mass formation motivating the authors to investigate whether and how mesoscale diffusivities change over time, as a possible missing element in future climate projections. 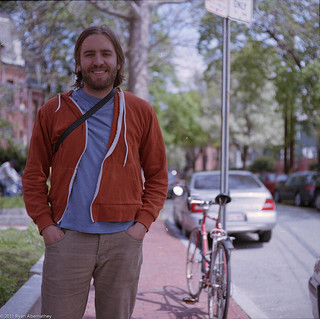 Ryan Abernathey is currently an Assistant Professor at Columbia University. According to our records he has been an MITgcm user since 2006

“Persistent periods of increased/decreased mesoscale mixing could have a major impact on the transport of ocean tracers, particularly when these periods are connected to other fluctuating components of the climate system,” says Busecke. “This applies to both interannual to decadal climate variability and forced trends due to anthropogenic release of carbon dioxide. However, there have been very few studies of the interannual variability in the mesoscale mixing process.”

Busecke and Abernathey report finding interannual variability throughout the global ocean, regionally correlated with climate indices such as ENSO, NAO, DMI, and PDO, with changes in mixing length, driven by variations in the large-scale flow, often exceeding the effect of variations in local eddy kinetic energy, previously thought of as the primary driver of variability in eddy mixing.

They posit that this mechanism, not currently represented in global climate models, could have far-reaching consequences for the distribution of heat, salt, and carbon in the global ocean, as well as ecosystem dynamics and regional dynamics such as ENSO variance.

Eddy mixing at the ocean surface from Julius Busecke on Vimeo. Illustration of the process of eddy mixing. Properties are stirred, gradients increased leading to stronger diffusion. Advection of a passive tracer (based on sea surface temperature) with observed velocities from satellites. Visualization of results from Busecke and Abernathey (2019)

To find out more about this work contact Julius

Julius Busecke, Ryan P. Abernathey, and Arnold L. Gordon (2017), Lateral Eddy Mixing in the Subtropical Salinity Maxima of the Global Ocean, Journal of Physical Oceanography, doi: 10.1175/JPO-D-16-0215.1 – Here Julius et al used similar MITgcm model experiments but a different methodology with a focus on the effect of eddy mixing for the surface salinity of the subtropical gyres in the world ocean.